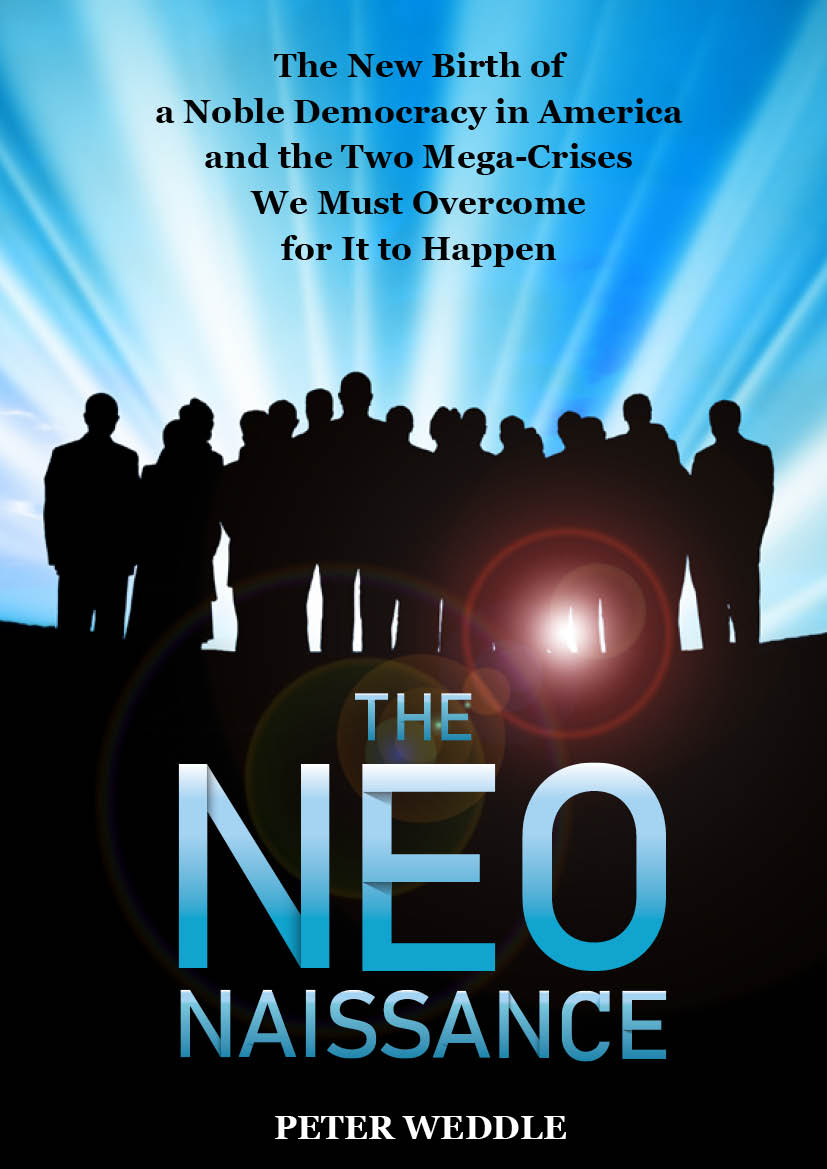 A serialization of The Neonaissance: The New Birth of a Noble Democracy in America & The Two Mega-Crises We Must Overcome for It to Happen. The book combines nonfiction research on and a fictional rendering of what the world of work and the U.S. economy will look like when two irreversible tipping points intersect in the not-so-distant future: the use of artificial intelligence to eliminate human workers from the workplace and the disruption of day-to-day life caused by unchecked global warming. This serialization presents Chapter 5, the fictional section of the book. You can download the entire book for free at OneStoryforAll.com.

It didn’t make much of a splash in the national news media – to use a lousy metaphor.

The Point, a tiny enclave sitting along the shoreline in Newport, Rhode Island, has long been one of the best-preserved Colonial-era neighborhoods in the United States. Founded before the American Revolution, its streets and houses remain largely untouched by time or progress. Unlike the faux attractions built to resemble 18th and 19th century communities, The Point is the real deal. Everything from the siding on its dwellings to the cobblestones on the streets is original to the village and lovingly preserved by local patrons and town officials.

Beginning in the early years of the 21st century, however, the rising level of the sea began to erode the village’s shoreline and encroach on all of that careful preservation. Water is a relentless intruder, finding its way into every crevice and crack of human construction, and the age-warped seams of The Point’s buildings and byways made them especially vulnerable. Sadly, it shouldn’t have come as any great surprise. The federal government’s Climate Science Special Report, issued in 2017, had noted that higher sea levels were already threatening some coastal areas in the U.S. and that the situation was likely to deteriorate even further in the near-to-mid-term.

The findings were described this way in the report’s Executive Summary:

“Global sea level rise has already affected the United States; the incidence of daily tidal flooding is accelerating in more than 25 Atlantic and Gulf Coast cities.

“Global average sea levels are expected to continue to rise—by at least several inches in the next 15 years and by 1–4 feet by 2100. A rise of as much as 8 feet by 2100 cannot be ruled out. Sea level rise will be higher than the global average on the East and Gulf Coasts of the United States.”124

Newport’s citizens, however, were evenly divided on the question of what to do about the situation, and in a 21st century democracy, that meant no decision could be reached and nothing got done. Those who argued that it was only prudent and responsible to prepare for the gathering climate threat were countered by those who said the cost was too high and that other, near-term needs were greater. The mayor was in the former group, but his plan for a defensive sea wall was blocked by those in the other group, and they controlled the city council.

The deadlock was similar to others that were occurring all over the country. Compromise was out. Stand pat was in. Political scientists called it a “Mitch Ditch” after the former U.S. Senator who had perfected the tactic of refusing even to consider an accommodation with those holding a different view from his own. A professor at Brown University described it as “the tyranny of obstinence,” but to the people of Newport, it felt like the north poles of two magnets repelling one another. The partisans on either side of the seawall question were cheered on by their respective bases, but for everyone else, the field lines of dissension created only disappointment and frustration.