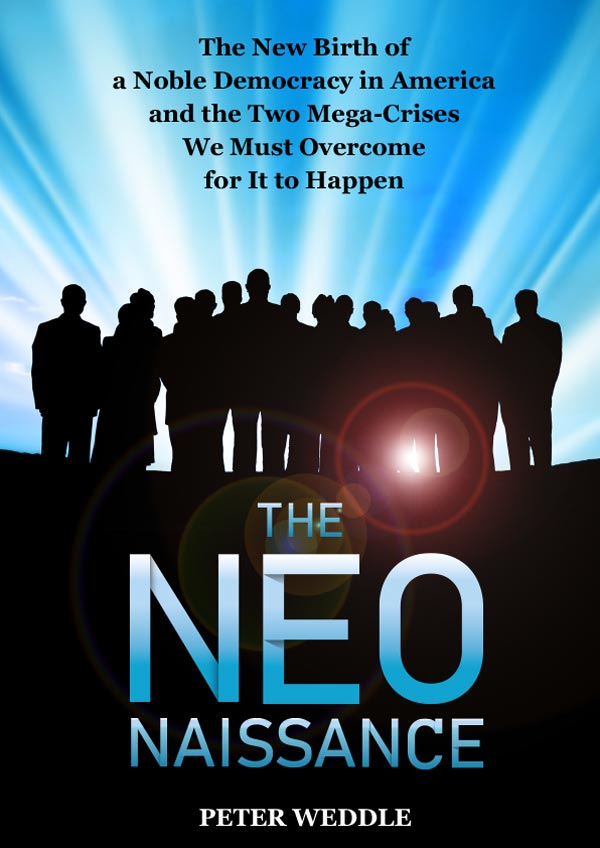 The situation at The Point had grown dire enough by 2038 that a group of architects and community planners pushed the partisans out of office, repudiated their intransigence-driven paralysis, and compromised on a set of techniques to “flood proof” almost all of the village’s structures. The seawall was replaced by a more aesthetic string of beach dunes anchored with coastal grasses, and a low stone jetty was erected on the south side of the neighborhood’s beachfront to interrupt wave action during storms.

The plan was heralded as an exemplar of citizen action and it did the trick, at least for a while. The rising tides were held at bay; The Point was saved. With no supporting action at the national level, however, the protective measures were slowly but inexorably overwhelmed by the ongoing deterioration of the climate. All the residents could do was watch as the tide cycles rose so high even a modest winter storm spilled water into the streets and lower floors of most buildings.
Ironically, the inundation also washed away whatever climate skepticism still existed among Newport’s residents, creating a common view of the situation. Everyone now agreed that the very existence of The Point was at risk and a much more aggressive response was required.

In March of 2041, Newport’s mayor announced that the city was launching a bond initiative to fund the erection of a eight-foot high sea wall around The Point. The barrier would forever block out the ocean vistas which made the neighborhood so special, but at least it would protect the historic buildings and streets from the encroaching waves. “No one wants this,” the mayor acknowledged, “but we have no choice. It’s either block the water and the view or lose The Point and its view as well to the water.”

To make the bond campaign as appealing as possible, the city committed to holding down costs by contracting with one of the automated construction companies that had launched in the last several years. These enterprises eliminated the significant expense of human labor and claimed to improve quality by using intelligent backhoes, cranes and assemblers in all phases of construction. The “ultra-cons,” as these construction companies were called, used self-directed machines that could be employed twelve hours a day, six days a week without rest or meal breaks and thus ensure project completion on time and within budget.

Despite this precautionary approach, however, it still took a while for the project plan to be approved by the city government. Neighbors complained that the long construction days would ruin their right to reasonable periods of peace and quiet. Local merchants objected to the disruption of traffic and parking slots, arguing that many of them would not survive the inevitable decline in daily shoppers. Even school children joined the fight with one concerned 6th grader writing to the mayor to say that “these machines don’t have parental controls and that makes it unsafe for me to walk to class.”

It was the carpenters, roofers, plumbers and electricians of the local area who made the biggest fuss, however. Dozens of these skilled trade workers jammed town hall meetings about the project in a bid to get human labor included in the contract. They also picketed along the road leading into The Point, but instead of flying a rat balloon as they had in past protests, they vilified the mayor’s proposal with a vicious-looking robotic rodent. Many of the city’s residents supported their position, but they couldn’t honk in solidarity as their cars cruised by because auto manufacturers had long since deleted the horn as an unnecessary feature in driverless cars. Their protests did draw sympathetic comments on the Newport community blog, though not enough to move the mayor, and several months later, the contract was awarded to the ultra-con company that had submitted the lowest bid.

The story seemed ready-made to be picked up by one of the national automated news services that had been introduced to compete with traditional television and print outlets or what they referred to as the “geezerstream” media. They had their competitors too, of course, mostly from the so-called Citizen J-Force or independent journalists who were living just about everywhere and quick to post reports and cell pics online. Some of these community correspondents even snagged an advertiser or two, but most did it for the thrill of chasing down a story and seeing it shared on the web. They didn’t show any interest in The Point, however, and much to the relief of the Newport mayor, only the local bloggers bothered to cover the story.

Even the consortium of Florida-based newspapers formed way back in 2019 to focus on climate change ignored what was happening to the enclave. It certainly resonated with the newsbots that did all the reporting – the last professional human journalist having been laid off in 2035 – but as always, their “ConInt” or Consumer Intelligence pod actually determined what news got published. Its analysis of the trending stories with the highest click-through rates for interstitial ads found more interest among “actively shopping readers” – the new Key Performance Indicator (or KPI in bizspeak) for successful online publishing – in another situation playing out further down the east coast.